The notion-enhancer is an open source project that accepts community contributions. This page outlines some guidelines to enable smooth communication around and development of changes to this project. Following them respects the authors of the project and maintains the quality of the notion-enhancer.

If something isn't working as expected, you can create a bug report to let the developers know.

Bug reports should be made in the relevant GitHub repository and marked with the bug tag.

Bug reports should contain the following. Bug reports without enough information may be ignored or rejected.

If you have an idea for a new notion-enhancer feature or an extra option for an existing feature, you can create a feature requests to suggest it to the developers.

Feature requests should be made to the notion-enhancer/repo repository and marked with the feature request tag.

Features must fit the following guidelines. Features that do not fit them will be rejected as out of scope.

It may be worth reading through the Concepts page to gain an understanding of the notion-enhancer's abilities and limitations.

Community-coded bug fixes and features are welcome! If you would like to work on something, please let us know in the relevant GitHub issue for that bug or feature, so we can mark it as work-in-progress. If you would like to build a feature that has not yet been requested, please open a feature request for it first so we can approve it as in-scope (see the feature request guidelines above).

After making your changes, you can load the extension into your browser as a temporary/debuggable extension. Once you have linked it, new changes should also be applied if you reload the opened Notion website or notion-enhancer menu.

In Chromium-based browsers (e.g. Google Chrome, Microsoft Edge) go to your browser's extension settings page. You can find this through the menu or by typing chrome://extensions into the address bar. Press "Load Unpacked" and select the folder you cloned notion-enhancer/extension to. The extension should now be running with your changes included, and should remain after a browser restart. 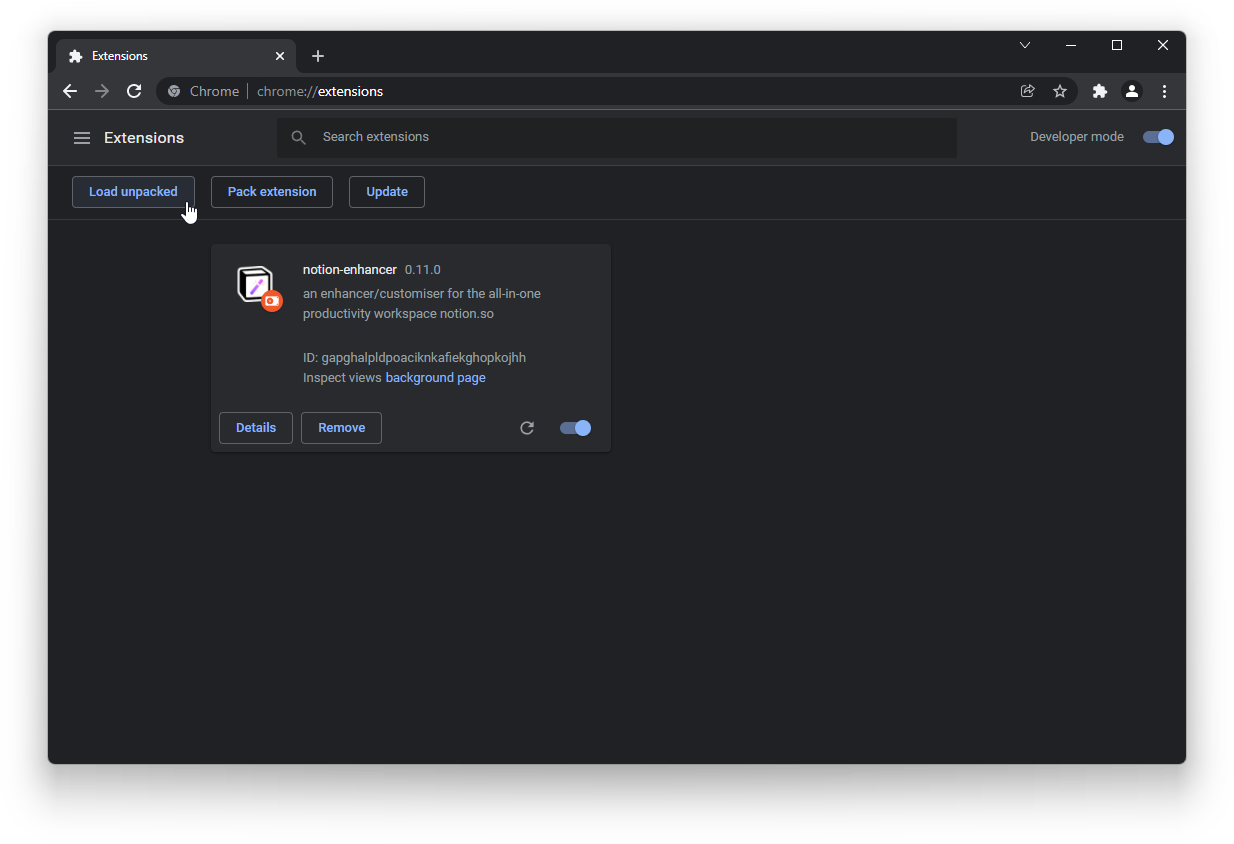 In Firefox, go to the "This Firefox" page by typing about:debugging#/runtime/this-firefox into the address bar. Press "Load Temporary Add-on..." and select the manifest.json file within the folder you cloned notion-enhancer/extension to. The extension should now be running with your changes included, but will disappear after a browser restart. 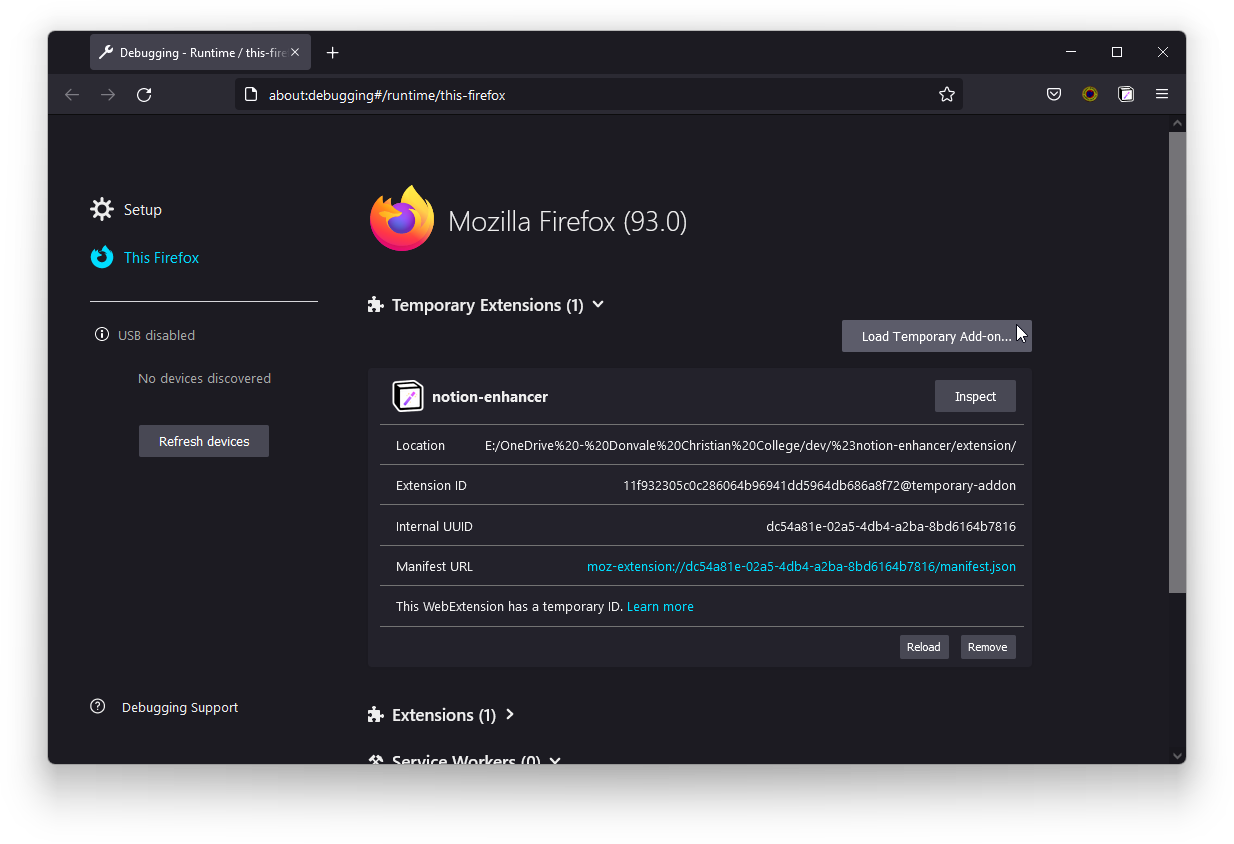 Once relaunched, Notion will be running a version of the notion-enhancer with your changes included. You will need to repeat this every time you make changes.

Note: this chain of arguments is intended for development/testing of mods only. It overrides previous enhancements and skips backup to re-insert the notion-enhancer quickly when modifying the contents of the desktop/insert folder.

If you are modifying any other part of the notion-enhancer, e.g. the desktop/pkg folder, you will need to either use the slower node bin.mjs apply -d -y command or uninstall/reinstall the app between each enhancement attempt.